HondaJet – in a class of its own and creating a niche

Posted on 31st March 2022 at 12:16
The Hondajet has taken the light executive jet work by storm and according to the manufacturer is most sold and delivered aircraft in its class, for 5 straight years- that is quite an achievement in a very exclusive club.
For a company or individual that requires adequate space , fast travel and over intermediate distances in supreme comfort and dare I say with the ostentations’ of some offerings which frankly are the equivalent of two people residing in a 27 bedroom mansion…(buy a Hotel),this jet is really all you need no matter what your net worth ; pretty much like owing a Porsche Turbo – doesn’t have 4 seats ( seriously , there are only 2 despite any marketing twaddle) , or several meters long- but what else do you need?? Speed, power, looks and above all usability. If you are hauling passengers, start an airline.
The Honda Aircraft Company announced earlier this year that it delivered, read delivered, 37 units – and according to the manufacturer, it has delivered 200 Jets since its launch. Hondajet began delivering their jet in 2015 and is certified in 14 countries. Remarkable.
Not only recognized for its performance and good looks- if looks good- it will fly well-it has won over technicians and service companies the world over, culminating in Honda Aircraft’s maintenance technicians being awarded “Diamond level AMT (Aviation Maintenance Technician) employer award” by the FAAA (Federal Aviation Administration), the highest recognition for skill and professionalism for any technical support team.
The performance specifications are equally impressive:
Technical Specifications

Engines: 2
Engine Mfg: GE Honda
Engine Model: HF120
The second-hand market is also encouraging in that for this aircraft you can be looking at around $ 3million, which for what you are getting, bearing in mind you can cover Europe comfortable with topping off tanks. If you wanted to venture further afield say from London to Dubai, with full pax, you could shoot of to Dubai for a weekend, with a top off and brunch in Nice and have supper in Dubai at cruising speeds of around 483mp/h or 777 Km/H. This makes it the ultimate powerful compact business jet that can be configured for leisure with impressive reach.
With leasing deals around now and Jet Hire rates, you could easily cover the cost of leasing and maintenance costs as well as fuel costs by hire if affordability is a consideration.
The cabin which apart from the exterior good looks is the piece de resistance of the aircraft. 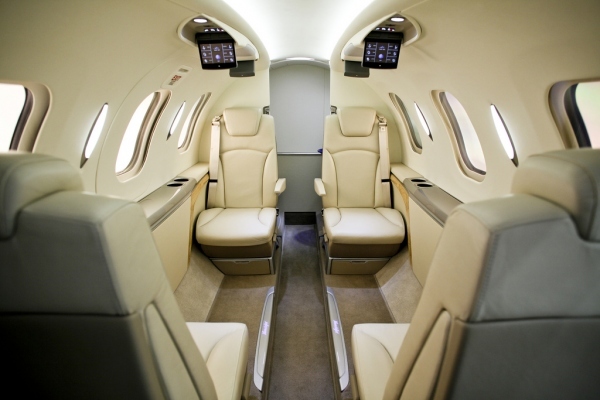 In summary- I would say this is the ultimate useable Private Jet for intermediate distances: compact, fast , flies high and looks stunning!
RB – MARCH 2022.
Tagged as: Aviation
Share this post: